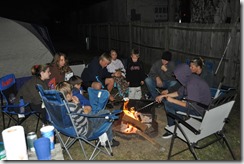 While it took a ton of convincing, we finally got Paul to go camping.  Even in a tent.  The KOA at St. Augustine beach was our destination.

Three families caravanned their way from Brevard to St. Augustine on Friday evening.  We arrived late, because we forgot a few supplies that we had to pick up along the way.  Tents were setup by lantern light, but we managed.

For each meal we assigned it to a family to be responsible for.  Our dinner was the first night which consisted of BBQ chicken, corn on the cob, beans, and pasta salad.  The grill on the campsite was less than ideal, so it too quite a while.

On the second day, I woke up pretty early and got water and coffee on the stove.  The McGees were assigned breakfast today and they made french toast and sausage.

After everyone ate and got ready we headed to the Castillo de San Marcos.  We spent about an hour or so exploring the fort, afterward the kids rolled down the hills in front of it.  While entering the fort, Paul tried “trust falling” on one of the costumed guards.

We walked along the waterfront, where Tabitha jumped off of the wall and hurt her knee.  We ventured up to St. George street to find some lunch.

Around lunch time, we got seperated from the McGees, so the Davis’ and us grabbed something to eat at Burrito Works Taco Shop, which was very good.

After lunch we walked around and window shopped.  After a while we went to get frozen gelato then met back up with the McGees.  We shopped at a hot sauce store where Paul and Tyler tried the hottest salsa made.  It nearly made Tyler throw up.

The kids played on the playground for a little while then we headed back.  We had to stop by Walmart to pick up more firewood.

The Davis’ made dinner tonight, which was hamburgers, hotdogs, kielbasa and chips.  After dinner we made apple and cherry pies on the fire with their sandwich makers.

We sat around the fire for awhile, but ended up going to bed early.

The next morning the Davis’ made breakfast sandwiches with their pie irons which were amazing.  We even had an assembly line with everyone involved, including Tyler and Trevor manning the fire.

After leaving the campground, the McGees headed back south the the Daytona Flea market, while the rest of us headed over to sightsee at the beach.

It was a fun weekend…followed by one of the worst days of my life.

Next time, I would spend a few more dollars and get a site on one of the interior loops.  Being backed up to the back of businesses just didn’t feel like camping.  The fact that we could literally hit a Wendy’s with a rock was a running joke. 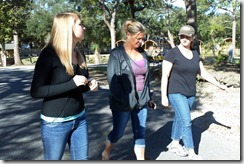 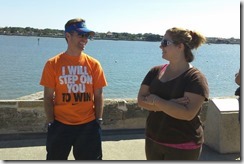 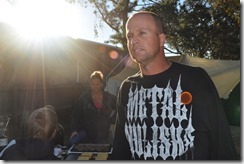 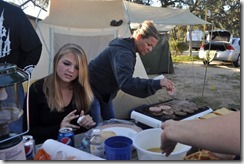 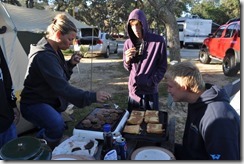 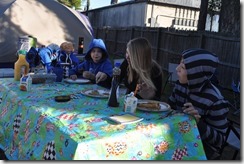 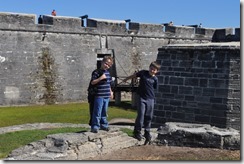 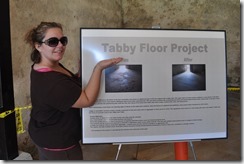 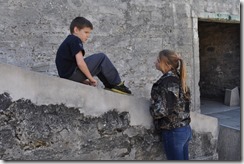 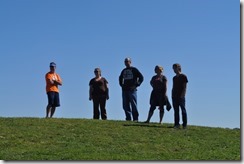 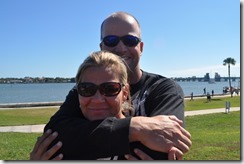 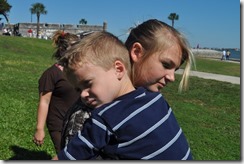 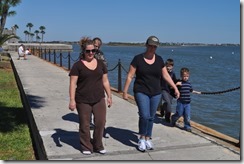 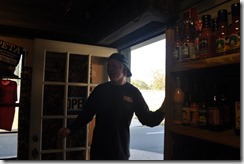 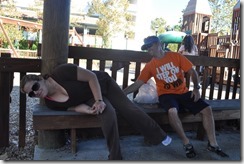 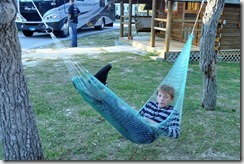 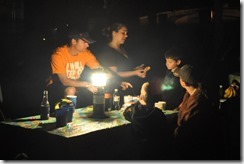 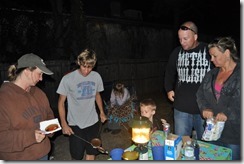 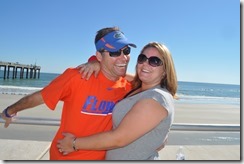 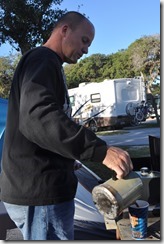 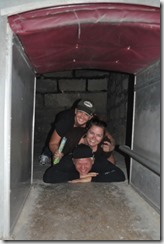