Summer Vacation 2012–Off to a Busy Start 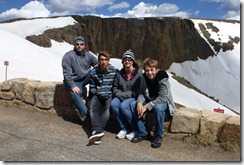 After waking up very early, we headed to the airport to begin our 2012 summer vacation.  Two flights and a short drive from Denver International, we arrived at the YMCA of the Rockies Estes Park Center at 3PM.  We checked in and immediately signed up for the activities we wanted to do, hiking, zipline, and archery.  We then drove the short distance to our cabin; a small 2 bedroom “basic” cabin right near the entrance of the YMCA property.

After grocery shopping and exploring the YMCA grounds, we headed out to Village Pizza (thanks Restaurant.com) for dinner.

The next morning we woke up early (which was easy due to jet lag), ate breakfast and headed out to Rocky Mountain National Park.  We decided to drive up Trail Ridge Road to the Alpine Center to evaluate our explorations for the way back down.

I’ve driven many scenic by-ways, but I can honestly say that this is probably my favorite.  With a climb of about 4000 feet there is so much differing terrain to see and feel.  We started in temperatures where we could wear shorts and ended with beanies and jackets on at 42 degrees.

While at the Alpine Center Jennifer literary froze their butts off in the pit toilets.  Brandon remembered to bring his snowball maker, so we had snowball fights and snowball making races.  All of the other people at the center watched in envy.  They would make a fortune if they sold them there.

When our ears and fingers were numb enough to not feel them, we started back down Trail Ridge Road.  We stopped at Lava Cliffs to take pictures and to see a small herd of elk grazing nearby.  We then headed to the Rockcut trail head for a short 1/2 mile hike to the peak with rock outcroppings.

While at Rockcut we watched a Yellow Bellied Marmot from about 10ft away in hid cave.  He would come out and pose for pictures and then head back in, over and over.  Also while climbing on the rocks, Jennifer accomplished her tradition of breaking/losing a camera on vacation.  She dropped her brand new camera and broke the shutter button.

We drove back towards Estes Park via Falls River Road and got to see a few Bighorn Sheep near Sheep Lakes and a very large elk feeding right beside the road, just outside of the RMNP boundaries.

At 3PM the kids were scheduled for the zip line at YMCA, so after a quick lunch and shopping downtown we headed back.  After a short hike, we arrived at the zip line tower.  For only $15 the kids got to do it as much as they could for an hour and a half.  All in all they went 5-6 times.  If it were not for the hike back to the tower they would have gone more.  Both of the boys were dead tired by the end.

The kids headed off to the pool, while Jennifer prepared dinner at our cabin.  After which we all were pretty tired, so we all headed off to bed around 9PM.

We piled quite a lot of activities into our 36 hours we’ve been here so far, but it has been a blast. 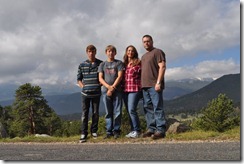 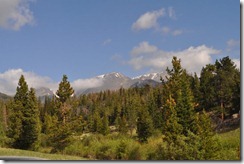 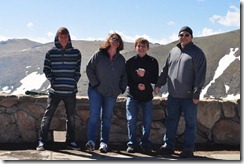 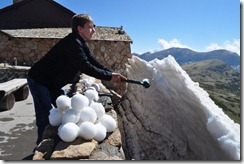 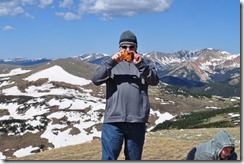 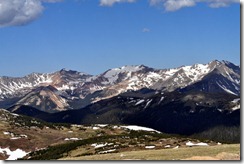 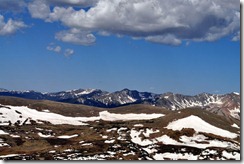 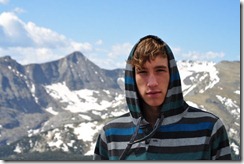 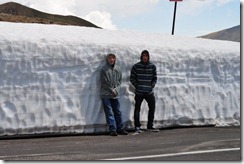 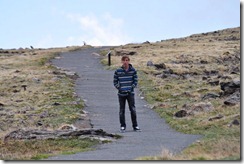 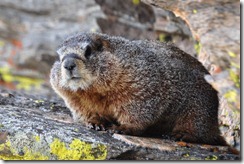 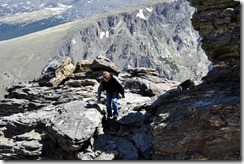 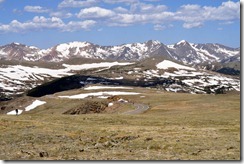 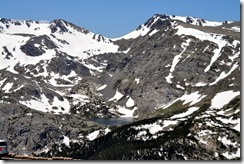 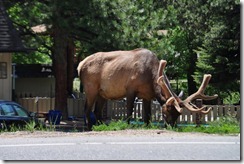 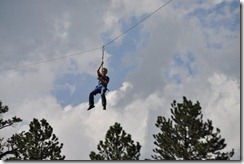 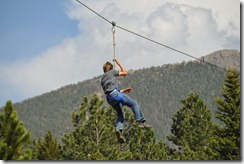 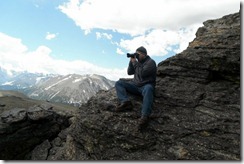 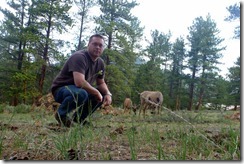 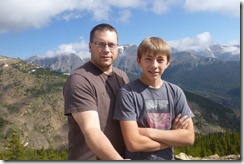 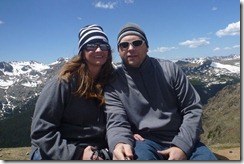 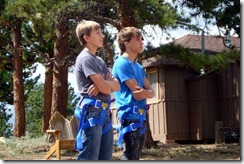 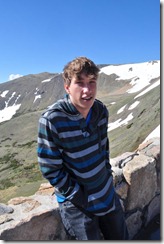 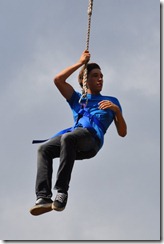 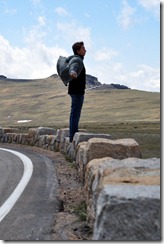 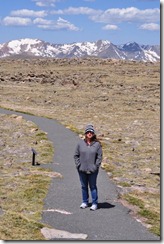 One thought on “Summer Vacation 2012–Off to a Busy Start”