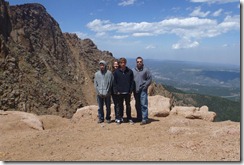 After our brief stay at YMCA of the Rockies, we’ve headed off to Colorado Springs for a couple of days.

I’ve traveled here for work a few times, but Jennifer has not seen the area at all, less a quick trip to the Air Force Academy in 1995.

On the way to the “Springs”, we decided to drive Boulder to check it out.  I’ve always have been interested in moving there.  Kiplinger’s ranked Boulder the best cities for the next decade.  It sounds like a great place to live.

Before arriving at Colorado Springs, we ate lunch and did a little shopping in Castle Rock.  The outlets there are one of the few places a Coleman Outlet still exists.

Today, we took in the standard Colorado Springs tourist activities; Garden of the Gods and Pikes Peak.

After a quick breakfast at our hotel, we did a little hiking and rock scrambling.  The boys loved it, Jennifer not so much.

From the Garden of the gods, we drove through Manitou Springs before heading up the Pikes Peak Highway to the peak.

The temperature at the peak was about 40 degrees and the wind chill around 27, so we didn’t stay outside long.  Brandon and I did a little climbing around, then we headed inside for…doughnuts.

After tossing around what to do next, we decided to head to an early dinner at Cheddar’s Casual Café.  We were plesantly surpises by the prices and quality of the food.  We will definitely be hitting it up again when we can (they are in Georgia and Tampa area).

Today was the only day of our vacation, that I couldn’t avoid crowds in the schedule.  Both Garden of the Gods and Pikes Peak were packed, but we had fun.  Tomorrow, we are off to raft Bighorn Sheep Canyon (thanks Groupon). 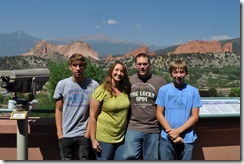 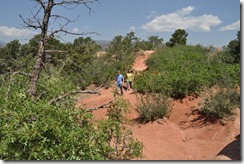 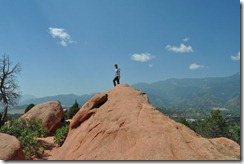 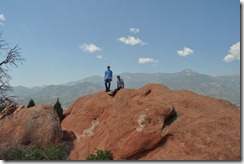 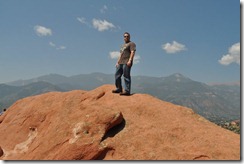 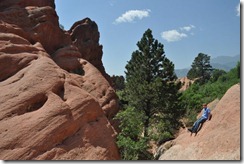 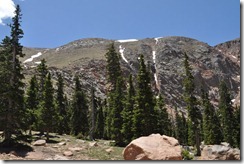 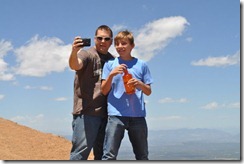 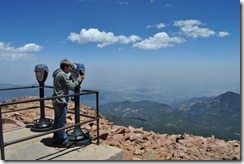 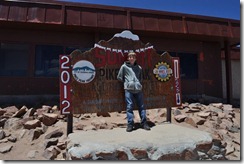 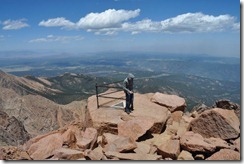 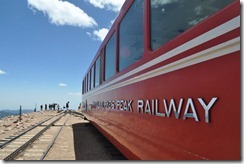 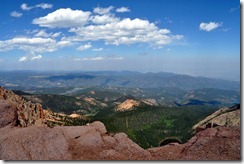 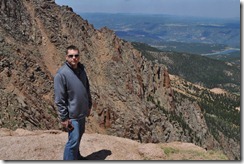 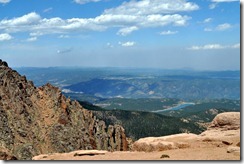 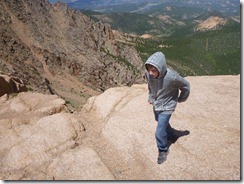 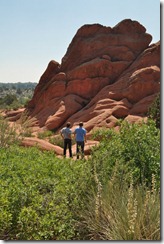 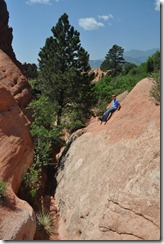 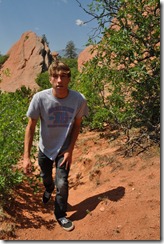 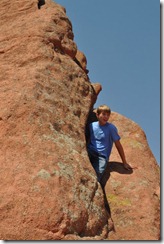 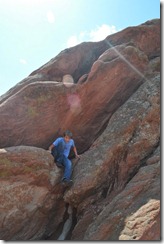 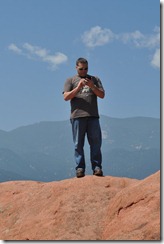 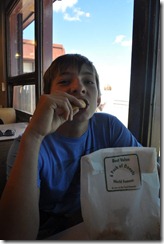 One thought on “Rocks, Peaks, and Doughnuts–Colorado Springs”