We left Florida on Friday for our first snowboarding and camping adventure.  We left as soon as Brandon wrapped up his semester exams and drove until 11:30.  We stayed the first night at the Holiday Inn Express in Hickory, which was a 5K PointsBreak® hotel, making it basically free.

I set the alarm for 6AM on Saturday so that we would have enough time to eat breakfast and get to Sugar Mountain Resort before they opened.  We all dressed into our ski clothes and checked out.  I had set the GPS to Banner Elk, so it took us a new way, through Morgonton.  We still arrived right before 9AM and were able to get a pretty good parking spot.  Ryan signed up for lessons, while Brandon, Trevor and I did a couple runs.  We started out on the Green, but headed up quickly to try out the new run.  It was very steep and very powdery.  Overall the conditions all day were very good.  There were rarely any waits for the lifts and really no ice.  Ryan got the hang of it pretty good.  By the end of the day, he was running Big Birch and the Lower Flying mile.

We finished up at Sugar at about 3PM, then headed to our campground; Grandfather Campground on Hwy 105 in Banner Elk.  Everyone helped setup camp.  We decided to head to Black Cat for dinner, instead of cooking.  Trevor, Ryan and I all took showers.  Mine had no hot water, and I nearly froze.

After dinner we returned to camp and started a fire.  The boys stayed up for a little while playing cards, while I went to bed.

On Sunday, I woke up at around 7AM and started to work on breakfast.  I woke the boys up at 7:30.  The temperature last night was in the 30 degree range.  Between our little heater in the tent and our cold weather bags, we all slept very well.  I cooked pancakes in the cast iron pan.  we headed up to Beech Mountain Resort after cleaning up, arriving at about 10AM.  Brandon has dramatically improved his snowboarding.  He actually went through the park this time and hit a few of the features.  He was having a ball.  Trevor hung with Ryan most of the morning.  At about 2PM, we headed back to the campground for an early dinner.  I cooked up Jambalaya Rice with Chicken and Chorizo sausage.  Ryan liked it so much, he ate 3 bowls full.

Once the sun set, we headed back out to Beech to board at night.  There was almost no viability the entire time that we were there.  It cleared up for a short time on the peak, when Brandon and I went up once.  I took a fall coming down one of the blues from the peak and jammed my left thumb.  It ended up swelling pretty good.  Trevor was sore from the day, so he skipped the night skiing altogether, which I was proud of him for doing.  At about 8:30 we wrapped up for the night and headed back down to camp.  Ryan and I both took showers, while Trevor and Brandon stoked the fire.  We had more hot chocolate.  I went to bed at about 10PM and all of the boys followed soon after. 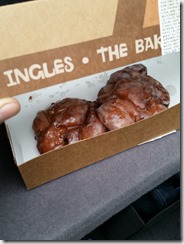 Sunday morning, I woke up at about 7AM and began packing up my gear.  I put water on for coffee and oatmeal, then woke the boys up.  After breakfast, everyone worked together to get the camp packed up.  It was rather damp out, from the fog and light rain, but it wasn’t as bad as I thought it was going to be.  We stopped by Ingles to pick up some apple fritters (the best on earth by the way) and Aleve for my thumb.  We left Boone at about 9:45AM.  I drove until about 2:15, stopping in Waltersboro, SC for lunch at Zaxbys and gas.  I started to get back on the road, but I95 southbound was stopped, so I ended up taking a back road (SR17) all the way from Waltersboro to Yemassee to avoid the traffic.

Traffic and weather was bad the whole return trip.  The fog and rain didn’t let up until just about St. Augustine.  We ended up arriving at home at about 9:30.

If we are tent camping in the winter, there is not much that can be altered.  We were the only tent in the campground, and the only campers in the tent/popup area.  The best tent site to get, is B29, which is beside the Watuga River, but also it is the furthest away from the bathhouse.  On the other hand, the super bright light they have on the side of the bathhouse might make being further away a little more attractive.

If you are roughing it without electricity, tent site T18 looks awesome for winter camping.  There is a huge boulder that you can build your fire near to reflect heat. 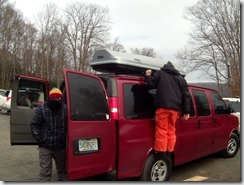 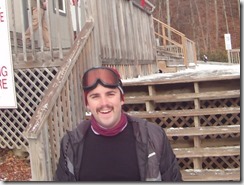 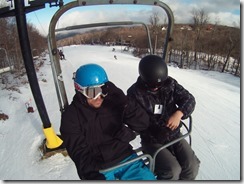 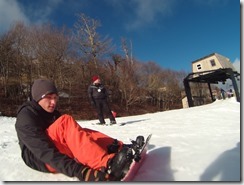 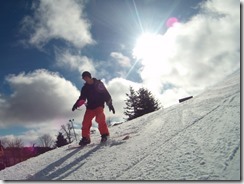 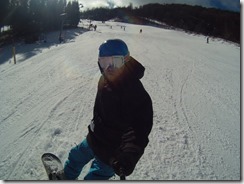 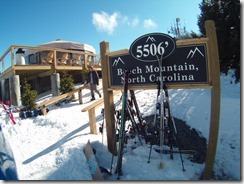