For the past few months, I’ve been casually researching the possibility of buying a travel trailer. My thoughts were, a trailer coupled with the N.A.R.V. would provide enough sleeping space for possibly up to six people; which would be great for some of our normal trips like Florida Springs and snowboarding.

My initial thoughts were to get a smaller used trailer that would accommodate just the family of four. And up until this past winter, it was always my goal to get a four season camper, so that we could use it for snowboarding.

Last year, we went to a RV show and had a look at the Starcraft AR-ONE hybrids. While I was aware of what a hybrid was, I never really considered it until then. Considering that this past ski season, we tent camped in the Boone area in 20-30 degree weather, the requirement of a four season camper really was not justified.

So for a few months I kept an eye out on craigslist for hybrids and quickly noticed something unusual about them versus all other types of campers; they hold their value EXTREMELY well.

I ran some estimates to compute a “total cost of ownership” for 1) a 4-8 yr old hybrid, 2) 1-4 yr old hybrid and 3) a brand new hybrid. I made some assumptions that we would only use the camper for 4-5 years. Surprisingly, there was not much difference. And considering that a new camper’s warranty helps reduce the “lemon risks” of buying a camper, it quickly became a no-brainer; a new camper was a better investment with lower risk…assuming the used market doesn’t change abruptly.

After seeing and researching every brand available, we settled on the Jayco 19 SLX. Its U-shaped dinette, 2 year warranty on camper, 5 year canvas warranty and roof construction were the deciding factors.

I priced out the camper at every Jayco dealer in the Southeast, then had the local dealer match/beat the best price. We ending up at $15,500, which was slightly higher that the best estimate I received. But the one we bought had exactly the options we ultimately wanted.

My plan is to write a new like/dislike list after a few uses. Hopefully, it will not change too much. 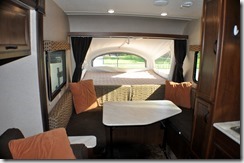 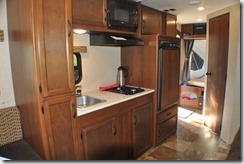 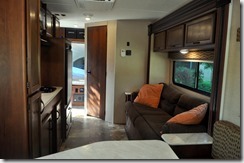 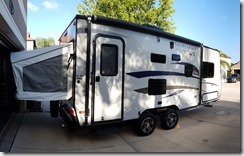